Hello folks. Now it is time for Part 2 of my story and to introduce some other important "characters" that have been part of my blog... Theese above Canine is Mr. L. He is holding his special friend and favorite dog toy aka his "Baby". I first interviewed Mr. L a long time ago. http://bit.ly/dgXDlj "The Baby" is a VERY INTERESTING CHARACTER. He had broken Mr. L's heart a while back by running away from home thus leaving Mr. L very lonely. http://bit.ly/bPauSD "The Baby" also joined a renegade biker gang and I had to travel to Albuquerque to find him and bring him back home. After "The Baby" and I got our kicks on Route 66, I tricked him, hypnotized him, put him in a suitcase in cargo and brought him back to Canada. Mr. L and him were happily reunited. Mr. L and "The Baby" are big fans of Elvis and perform Elvis Impersonation concerts. When I needs investigative work done, I use the services of Mr. L, who is also known as Private Eye Malhaven Leopold Von Ice.
He has a good nose and when he doesn't get sidetracked by "squirrels" he does some excellent work. http://bit.ly/df9x8J 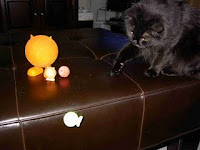 One day a basket was dropped off on the doorstep of Mr. L's home. That's when Miss Story Weathers entered the picture. http://bit.ly/cwtfGO Miss Stormy was also involved in my Num-Nums Taste Test Challenge. http://bit.ly/cAX4oZ 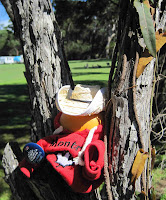 Another key event was when Mr. L and I received a call from Montreal asking for our help in rescuing a dog toy out of the canal. Theese dog toy is a smaller version of "The Baby" and his name is "Pierre Du Port" (see above photo). Pierre had a fascination with cowboys so he decided to come back to the "wild west" with me and live at Headquarters helping me out with secretarial duties. In the spring of theese year, Pierre also travelled to Australia with my Human and he presented my research paper: "Num-Nums: The Secret Laboratory Findings" at the 1st Annual Symposium On Feline Nutrition . As well, Pierre has been recruiting animals from Oz for my Australia Zoo in Canada. http://bit.ly/aq29xa 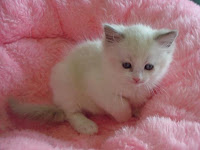 With Pierre Du Port away Down Under for so long, I was getting really behind in my work at Headquarters. Those Elves need lots of supervising and the switchboard is really busy with calls for our various services and questions about Clooneymobiles...So my Human decided to finds me a new Secretary to run things behind the scenes. She found theese little one above. Her name is Princess Neytiri and she is from the Ragdoll Clan. http://bit.ly/bzEdLb 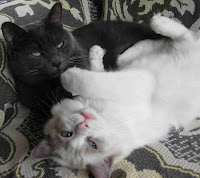 I'm glad to have her help with "organizing" things at Headquarters. She's been implementing a Bootcamp for our employees to try to increase efficiency. http://bit.ly/dj4enT We'z had excellent results with the "Office Management", "Assembly Line Production", and "Fundraising and PR" components of the Bootcamp so far. Now Secretary Neytiri will be moving onto the "Esthetics" and "Bedazzling" modules with our employees.
I hopes I made my blog storylines a little less confusing for new Audience members by doing a 2-Part Review. My favorite part of blogging is to tell theese stories and hopefully provides some entertainment for Felines, Humans and...Canines.
Posted by Clooney at 11:04 AM 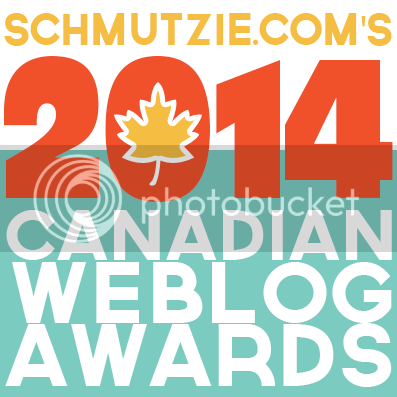