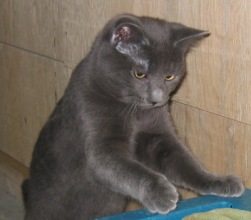 My Human spied me on the interwebs and it was "love at first sight".  This is the picture she saw and the only picture taken of me when I was younger.  I was about 6 months in the photo. 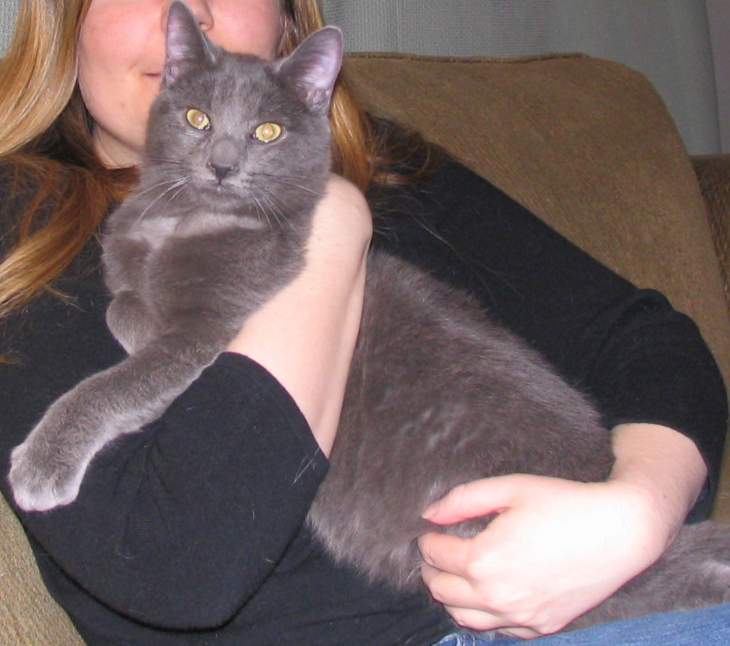 (Me and my Human on the first night in my forever home.)
She adopted me from a rescue organization called Happy Cat Sanctuary.  My sister and I had been found living outside when we were 2 months old and some kind person took us to a vet clinic and then the rescue organization was called.  From there I spent 4 months being fostered at different homes until my Human travelled over 6 hours to come get me.  I had been living under the alias of "Bingo" for 6 months, trying to shake the paparazzi or the paw-purr-azzi, whichever you prefer.  Of course it was soon to be revealed that my true identity was George Clooney.  (I mean, come on eh...Bingo?)  On the car ride home, I cried in my carrier (I know, I know...I admits it even though I gots a "Mancat" reputation to protect) until my Human took me out and held me on her lap.  Then I purred the whole way and gave her "googly" eyes.  When I reached Headquarters, I walked in like it was my home all along.  I was very comfortable.  I didn't hide and I wasn't scared.  My sister Dellilah still lives at the Sanctuary. 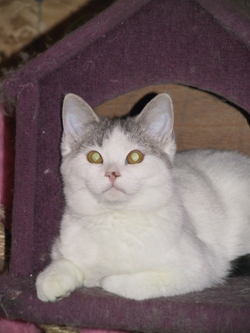 Her Profile at the Sanctuary:

Dellilah is a very chubby, soft and gentle little girl who purrs as soon as you pet her. She has come a long way from when we rescued her as a feral kitten. She has always been very quiet and sweet. She has a little spot of black on the tip of her nose. Dellilah has tried a new home but is far too shy and timid, at this time she is a permanent resident at the sanctuary.  She is bonded with Jimmy Page and they enjoy the sun. 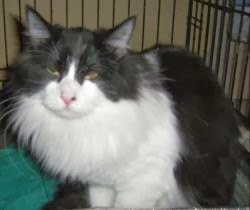 Her Profile at the Sanctuary:

We thought Jimmy was a boy...turns out she's a girl, haha.  Jimmy has the cutest face in the world. She is such a sweet kitty but very shy and sometimes hisses, but will settle down when things are quiet - she has bonded with Dellilah and they are enjoying their life at the Sanctuary. 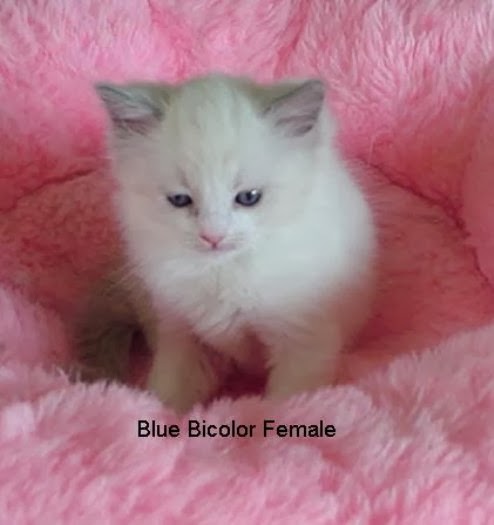 Neytiri was named after the leading female character in the film "Avatar".  Her official name is "Chatandolls Neytiri" and she is a TICA registered  Blue Point/Bicolor Ragdoll. 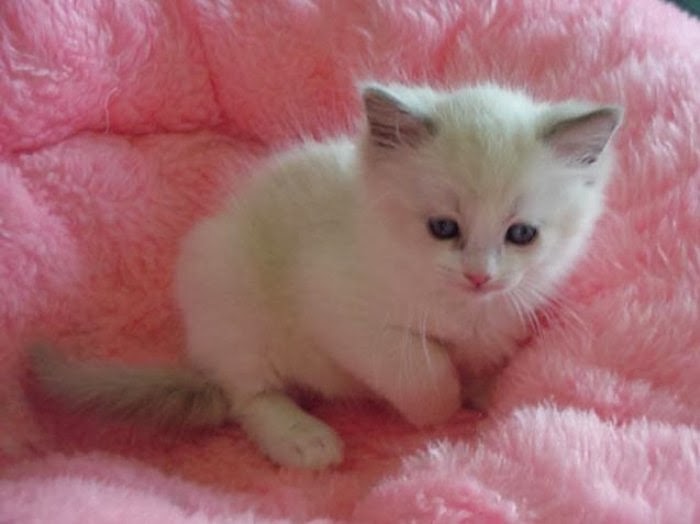 The above two photos were taken by her breeder when she was around 8 weeks old. 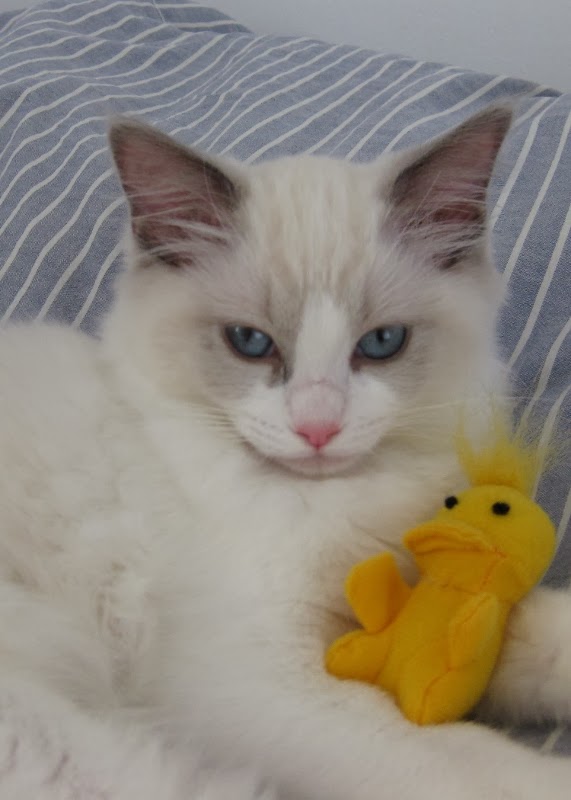 This is Neytiri on her first day home when she was 14 weeks old.  Her pal "Ducky" was at her forever home waiting for her and they have been inseparable ever since. 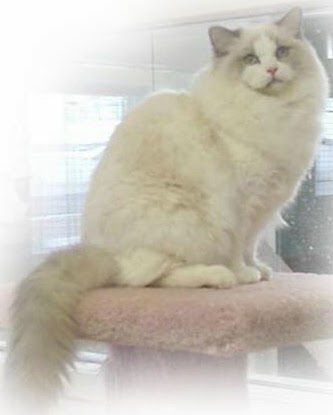 This is Neytiri's Mother Mieko An. 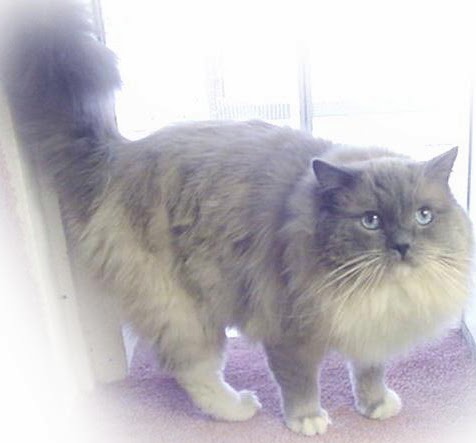 This is Neytiri's Father Tomoki. 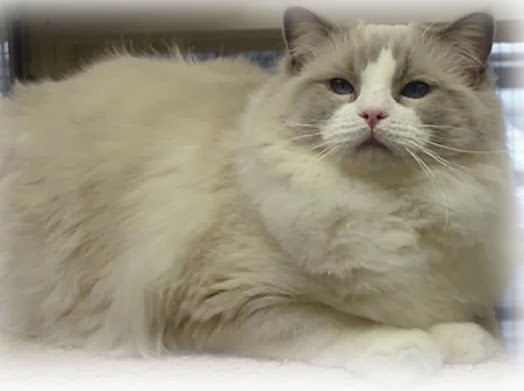 This is one of Neytiri's brothers from the same litter and his name is Aum.  He is now one of the main male breeders at Chat-An-Dolls Ragdolls Cattery.