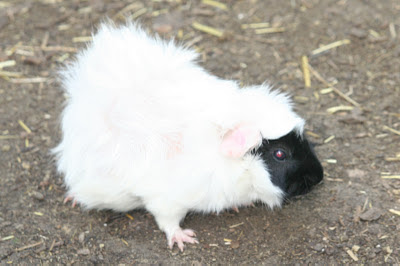 Cloon: Audience, joining me in-studio today is Stan, The World's Smallest Sheep.  For those who aren't familiar with Stan, the little guy's native language is Spanish, but he does speak some English as well...Well hello there Stan!
Stan: Hola Muchacho!
Cloon: Thanks for joining us today to report on yesterday's Groundhog Day predictions.  I understand that you were in attendance at some Groundhog Day festivities. Can you share with the Audience what happened?
Stan: Claro que si. I attended the pancake breakfast yesterday in Alberta and awaited the weather prediction of Balzac Billy a local groundhog.  So Balzac Billy, also known as the Prairie Prognosticator, emerged from his burrow and saw his shadow, meaning there will be 6 more weeks of winter.
Cloon: Now theese little guy is supposed to have an accuracy rate of 83.9%!  Which is very impressive! However, us Westerners aren't crazy about the thought of more winter...Stan, how did the other famous Groundhogs weigh in on theese subject?
Stan: Well, Ontario’s Wiarton Willie, Nova Scotia’s Shubenacadie Sam,West Virginia’s French Creek Freddie, Georgia’s Gen. Beauregard Lee, Michigan’s Woody the Woodchuck, Ohio’s Buckeye Chuck and New York’s Staten Island Charles G. Hogg all did not see their shadows, so they each predict an early spring.  However, Pennsylvania's Punxsutawney Phil did see his shadow and predicts more winter.

Cloon: Yikes there must be pressure on Punxsutawney Phil given his prediction is different!  And the little guy usually has quite the crowd in attendance to boot.  I hopes that ice cream and dog food they feed him isn't messing up his predictions...

Cloon: Uh Stan, in the footage from yesterday, I notice you are fighting over a leaf with 3 other characters... Didn't they feed you any free pancakes for covering theese reports? 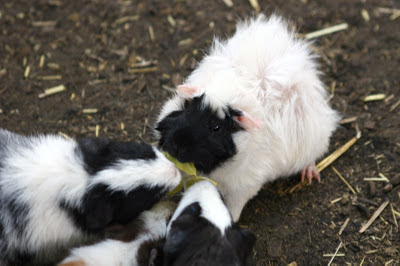 Cloon: I'm just messin' with you little buddy!  It's an inside joke.  Well, Secretary Neytiri has prepared you a full plate of fresh foliage for being our studio guest and giving us the Groundhog Day report...Muchas gracias Stan, it is always fun to have you here!

Cloon: Does anyone in the Audience live near a famous Groundhog?  Let us know, will ya?
Posted by Clooney at 11:24 PM